Service Review: Get in on Deals and Rare Finds on Massdrop 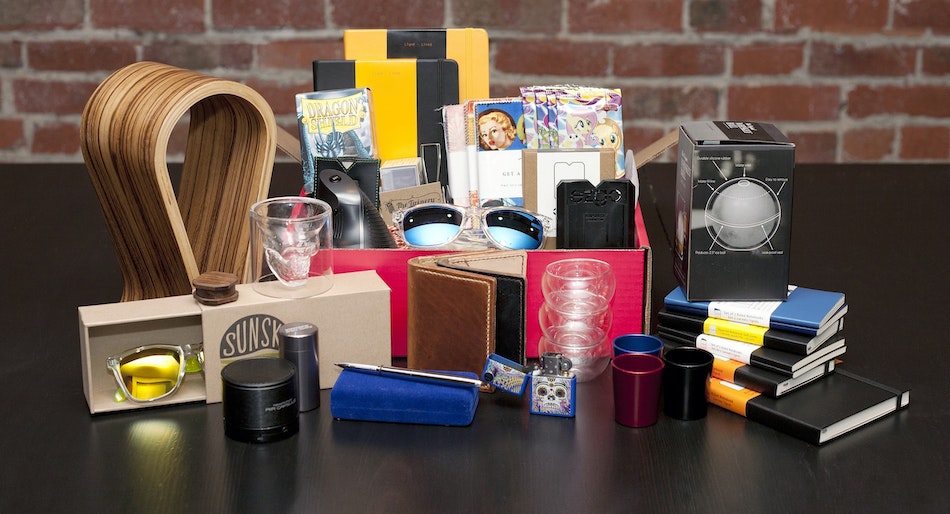 For those interested in deals on popular consumer goods or enthusiast goods that are often too esoteric to be found at mainstream retail, discovering Massdrop is to come across an unexpected cache of awesome.   Once you've gone down on your first group buy, you and your wallet had best be prepared, because with a fresh influx of new offerings each week, it's unlikely to be your last.

The principle behind Massdrop is simple: utilize the collective buying power of a large group of consumers to negotiate the best pricing on popular items, or make an otherwise unobtainable rarity available to interested buyers. The result in my case has been a bit of the former with a sizable dose of the latter.  I've gotten the odd electric kettle and Leatherman multitool for a few dollars below Amazon pricing, at the cost of having to wait for satisfaction around a week longer than Super Saver Shipping would have taken, but the true value of Massdrop's services lies in the specialty items that may only be available to the U.S. market through their group buys (at least at non-exorbitant prices).

For me, these have fallen into primarily three categories: mechanical keyboards (and related accessories), former Kickstarter projects, and Magic: The Gathering paraphernalia.  Mechanical keyboards comprises one of the largest product categories on Massdrop.  Everything from popular models not commercially available in the U.S. like the Poker II or Leopold FC660M, to a custom-made-for-Massdrop acrylic version of the popular TeX aftermarket aluminum casing for 60% keyboards, Massdrop takes the results of suggestions and polls from its communities and liaises directly with suppliers to bring hard-to-source products to the masses.  Former Kickstarter success stories like the Ti2 Pen are also made available for those who missed out on the original campaign.  And for MTG fans, hard-to-source products like the European DeckTutor Four Card Album or Japanese KMC Perfect Fit Sleeves are available from time to time at semi-reasonable bulk prices.

Joining a group buy on Massdrop does have a minor learning curve.  Those used to lightning fast fulfillment from Amazon or eBay may balk at the lead up times most drops require, especially for customized products that begin manufacturing after the drop has ended.  Bottom line, if you need something fast and can get it elsewhere, you probably should.  Pricing for widely available items may not always be a deal as well, as several mainstream products offered by Massdrop have failed to undercut the extremely competitive pricing offered by big online retailers like Amazon, once you've factored in Massdrop's somewhat inconsistent shipping costs.  Those shipping costs are particularly problematic if you're outside the U.S., as they can become prohibitively expensive, or may even preclude shipping to your country.  Some made-for-Massdrop products have had some QC issues, but Massdrop has generally been very proactive in resolving them when they arise.

In the end, for deal seekers or niche enthusiasts looking to source some rarer finds, Massdrop opens up a world of opportunities that might otherwise not be available to you.  Your wallet may not be happy, but odds are once you've joined in on a drop, it probably won't be your last.


Beyond its unique key switch offering, the Novatouch is a bare-bones tenkeyless 'board, so minimalist that it doesn't even include LED indicators for Caps or Scroll Lock.  If you're a fan of the numpad or LEDs - functional or decorative - this may be a downside, but if you're a minimalist who prefers the typing experience of Topre switches over the various flavors of Cherry MXs, this may very well be the keyboard you've been waiting for.  The 45g-weighted keys feel slightly heavier than feather-light Cherry MX Reds, and provide a tactile "thock" that seems like a cross between the clacking of a trusty IBM buckling spring and the crumpling rubber feel of ordinary membrane keyboards.  For those who like their keys with a light touch, responsiveness, and definite tactility, it's hard to top Topre, and Cooler Master has a quality and versatile offering in the Novatouch.

Cooler Master's decision to go with a micro USB connector is inline with the widespread use of the connector for smartphones, and feels as equally robust as the mini USB connector used in previous CM Storm keyboards.  The keyboard itself feels more solidly constructed than previous CMs like the Rapid, placing the build quality roughly on par with Topre's own Realforce series and Leopold's FC660C, and arguably more robust than the legendary Happy Hacking Keyboard Professional 2.

While its $200 MSRP may place it squarely in the gaming and keyboard enthusiast bracket, it's actually a rather fair value proposition when compared with other Topre switch keyboard models from Topre itself (the Realforce series), Leopold (FC660C), and Fujitsu (the Happy Hacking Keyboard Professional 2, or HHKB Pro 2, for short).  If you're a Topre fan who has been chomping at the bit for a chance to tap into the plethora of customization options available for Cherry MX 'boards, the Novatouch is your dream come true.